A girl with a gift…
…a forced marriage…
…and a favor that will change a family’s history forever. 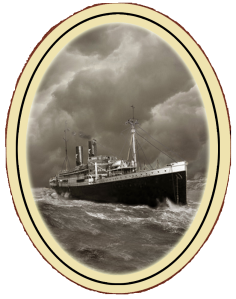 A Song in the Storm

Watch this blog for details and availability.

I’ve been told I have a “critical spirit” due to the fact that I find and readily announce flaws in ideas, people, events, places, creative works, and just about everything else. Yes, it’s a curse, mostly to the people around me who must endure my endless bellyaching.†

As with so many other personality defects, this one comes with an upside. My eye for error makes me a ruthless and fastidious editor. It’s a rare book I’ve read that doesn’t have at least one heinous error, typos more often than not. I’m about one-third of the way through a book now and I’ve found two glaring errors already. Other writers sometimes ask me to review their work-in-progress and—whether to their relief or dismay, I can’t be sure—I never fail to come up with plenty of real problems along with a long list of equivocal suggestions based on my personal biases, of which there are many. (My latent OCD tendencies don’t help matters.)

When it comes to my own writing, I’m not so good. I still find plenty of problems after the first, second, and third drafts. That’s another good news/bad news thing. People, including me, tend to be poor editors of their own work, whether it’s the blindness of familiarity or the moral refusal to “kill all our darlings”.

I’ve had no one point out problems in “A Slippery Land” yet, though the little buggers are no doubt in there. We’ll see how it all works out with the next book I’m dangerously close to putting out there. That should happen in just a few weeks. Meanwhile, I have to dive back in and do another fine-tooth-comb review. The proof is in the publishing.

†It’s actually not that bad. But it feels that way. Especially to others.

NB: Don’t forget to come to the 8th Annual Trivia and Silent Auction for Servants for Haiti.