Hey, why write twice when I can recycle, reuse, oops, I mean repurpose a passage I’ve already written and in the process shamelessly promote one of my books? In the spirit of the aforementioned shameless self-(or, rather, self’s-book-)promotion, I hereby introduce you to someone who, despite her status as a fictional character inspired by a genuine human, is more real to me than many people I’ve met.

Meet Calandra, protagonist of my second book, A Song in the Storm:

ALTHOUGH CALANDRA KNEW the ancient walls surrounding her home city of Lucca had stood as they were for centuries, they seemed to be growing higher and closer, more constricting, more suffocating, with each passing day. She knew it was impossible—colossal earthen walls have a tendency to stay put—but she felt it all the same.

Barely 18, Calandra Agostini’s dark eyes burned with the intensity of her unfulfilled dreams. Lucca’s walls couldn’t contain those dreams. They were built to keep the city-state’s enemies out, but to her it felt as if the enemy had breached the ramparts and conspired to keep her in her place, a place in which she never felt completely at home.

Most people considered Calandra a beautiful girl. Indeed she was, but a photograph, had her family been able to afford one, could never have captured her beauty. In her presence, young men with smooth tongues stammered and suitors with shrewd tactics were forced to rethink their plans. Her allure was a revelation to those who knew her only from a distance. She was, in the most literal sense of the word, attractive, not because of her physical appearance alone, which was lovely in itself, but because of her strength and confidence tempered by an unaffected humility.

Then there was her voice. 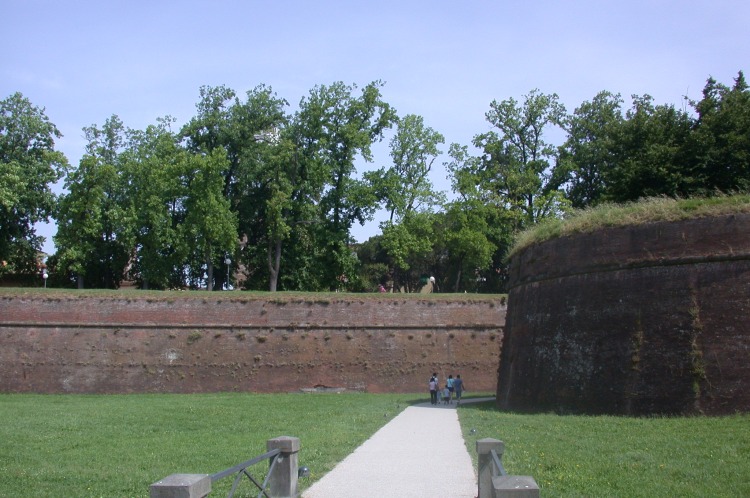 The walls of Lucca today. 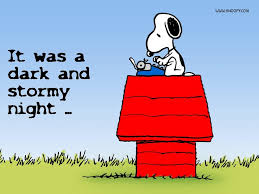 I love to write or I wouldn’t be doing this. Even if no one read my scribblings, I suppose I’d scribble them anyway. That’s a recurring theme from writers. We write because we have no other choice. It’s not like we don’t have any other skills, we simply have the overwhelming need, passion, desire, yearning – call it what you will – to write.

Still, it’s gratifying to have others read what I write. Getting my words to an audience beyond immediate family and friends takes a lot of self-promotion, networking, schmoozing, and building of a platform. None of that comes easily to the average writer. They tend to be introverts. I have the advantage of being an extrovert, but promoting myself remains a chore. To improve my lot, I’ve decided I need to take a drastic next step:

I need a title.

Adding a title to a name immediately increases its credibility. Where would “Cedric the Entertainer” be without “the Entertainer”? Many of us wouldn’t know what to make of him absent the built-in endorsement; at least we know what he’s supposed to be. Which would get more press, King Richard I or “Richard the Lionheart”? No contest. Numbers get confused or forgotten. Lionheart will live on forever.

So a title would be a big boost, but the choice is a dilemma. It should be influential without being obnoxious, positive without being presumptuous. You can’t undersell yourself. Seriously, would you remember a ruler called Alexander the Adequate?

There’s no guarantee that adopting such an appellation will work, however. Photographer Arthur Fellig was more commonly known as Weegee. Somewhere along the line, he gave himself the title “Weegee the Famous”. He even marked all his photos with a stamp bearing his title as shown on the right. Have you heard of him? I rest my case.

Some titles could be misunderstood. I fancy myself a relatively humorous person. “Rick the Humorous” is too understated, but “Rick the Hysterical” could get me in trouble.

It’s also a good defensive move to assign a title to yourself. Otherwise, you could end up with something less desirable than you might like. Jack the Ripper, Ivan the Terrible, and Mack the Knife probably didn’t choose those labels. If they’d been more proactive, who knows? Maybe we could look back fondly on Jack the Repairer, Ivan the Tender, and Mack the Spoon.

I’ve yet to home in on just the right title. As of now, I have only this list of unsuitable candidates:

So the jury is still out. If anything strikes me soon, I’ll have to give it serious consideration. Too much is at stake.

Suggestions are welcome… within reason.